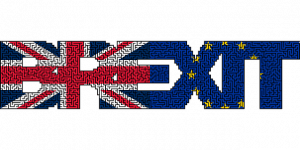 Many British organisations appear to be handcuffed by Brexit.

Many consultancy styled businesses are finding two things: – How to earn a fortune to tell a company there is still not clarity – but they have at least spent the money “preparing for Brexit”.

Many other firms are finding that companies are bringing such services in house, so they are seen to be very engaged and busy therefore protecting themselves from redundancy.

How can these two fears be addressed to prevent wasting money or death by inertia? The investment market indicates that many companies are holding big decisions until after Brexit even though Brexit has been “kicked down the street”.

The lack of making money work is costing the economy dearly and impacting currency volatility generally narrowing the range of currency movements, with a total apathy being prevalent.

Uncertainty can create the volatility seen in the past week as bad news around the Brexit next steps pervade. Avoiding trading or making decisions is often not good governance. Management needs to recognise that they are accountable for both decisions and non-decisions.

However, when the economy is reinvigorated, money is likely to be invested quickly, bringing with it a different set of challenges…