This author has not yet filled in any details.
So far Sharon Constancon has created 9 blog entries. 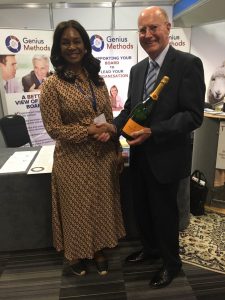 Pictured is Bola Tinubu, partner at Olajide Oyewole LLP, Lagos, the winner of the prize draw at the Genius Methods stand at the ICSA conference being presented with her prize by Alan Hindley, Chairman of Genius Methods 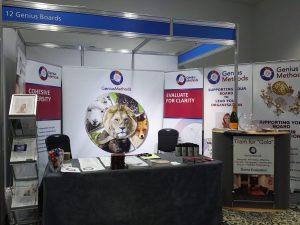 Yesterday was a productive day of networking and meetings at our stand.

This afternoon Sharon Constançon will be participating in a session, “How to identify toxic behaviour in the boardroom”, exploring how antagonism, unproductivity and disengagement are some of the behaviours that can undermine even the most experienced and enthusiastic boards.

Don’t forget if you are attending, drop by our stand and say hello.

Visit Us at the ICSA Annual Conference 2019 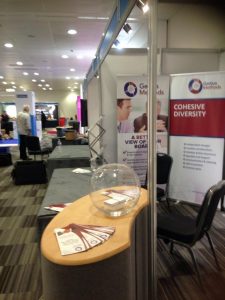 Our stand set up and ready for the start of the ICSA Annual Conference 2019, at ExCeL.

We are situated in the corner near the catering, our home for the past four years – a great spot to visit us, have a chat and network.

If you are visiting the conference over the next two days, please stop by and say hello.

How does a chairman in conjunction with the company secretary assess who best to evaluate the Board?

How does a chairman in conjunction with the company secretary assess who best to evaluate the Board?

An option is via the procurement process rather than via the Chair or Company Secretary, usually by tender, where there is no contact and a rigid system/process which requires everyone to mould themselves into. This is usually geared towards low price being a key factor.

Another method requires a proposal to be submitted to the Company Secretary or the Chairman direct, they shortlist and hold meetings in person with about three candidates.

The third option falls in-between options one and two, where there is no face to face meeting and the decision is made from the submitted proposal, usually by a panel of people.

We question whether companies end up with the best result is they have not assessed the personality and technical match by having worked through the paper-only process?

The most beneficial option must be the second one described, where the Chairman has the opportunity to meet and ensure a match between the company and evaluator is assured. Both the Board and evaluator need to work together as a team to deliver optimal outcomes, which are then owned by the Board in order that improvements can be achieved.

This is the subject of the Devonshire House Panel Debate on Corporate Governance to be held on Tuesday 25 June 2019.

Sharon Constançon of Genius Boards will be chairing the debate, which is hosted by Pinsent Masons at their Earl Street offices.

We will be examining from an external perspective how Boards act and react to external impacts, internal surprises, difficult topics, people agendas – typically issues that the Board cannot influence occurring in the way they do. “We never saw that coming!”  – should never need to be said.

Do, please join us if you can for what we hope will be a robust and interactive debate.

Africa as a growth continent 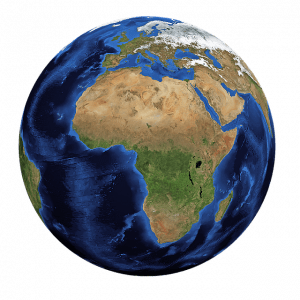 Many international businesses are showing an interest in Africa, as a business opportunity to grow their markets, business and bottom line.

Not always easy, not always win, but has a direct influence on the investee countries when it works well.

Although Chinese and Indian businesses have long recognised the opportunities present, the U.K. has been very late to the African party and only recently considering joint economic initiatives with countries that have the relationships but not the wisdom, experience, legal systems, transparency and ethics that the UK can offer and partner with risk appetite and funding.

How should UK businesses enter the various markets of Africa to protect their risks where feasible but be open to good business opportunities?

Many British organisations appear to be handcuffed by Brexit.

Many consultancy styled businesses are finding two things: – How to earn a fortune to tell a company there is still not clarity – but they have at least spent the money “preparing for Brexit”.

Many other firms are finding that companies are bringing such services in house, so they are seen to be very engaged and busy therefore protecting themselves from redundancy.

How can these two fears be addressed to prevent wasting money or death by inertia? The investment market indicates that many companies are holding big decisions until after Brexit even though Brexit has been “kicked down the street”.

The lack of making money work is costing the economy dearly and impacting currency volatility generally narrowing the range of currency movements, with a total apathy being prevalent.

Uncertainty can create the volatility seen in the past week as bad news around the Brexit next steps pervade. Avoiding trading or making decisions is often not good governance. Management needs to recognise that they are accountable for both decisions and non-decisions.

However, when the economy is reinvigorated, money is likely to be invested quickly, bringing with it a different set of challenges… 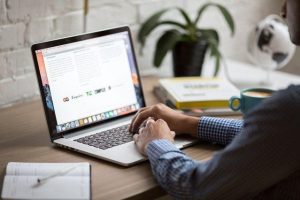 How do you assess working with organisations where you never meet your counterparty within the company, supplier, assistant etc? END_OF_DOCUMENT_TOKEN_TO_BE_REPLACED

“Asleep at The Wheel? What is the role of a NED regarding board effectiveness”

Sharon Constançon will be speaking at the CISI Corporate Finance Forum on 24 April.

By Sharon Constancon|2019-08-01T12:41:39+01:00April 15th, 2019|Uncategorized|Comments Off on “Asleep at The Wheel? What is the role of a NED regarding board effectiveness”
Read More
Social Media Auto Publish Powered By : XYZScripts.com
This website uses cookies and third party services. View our Privacy Policy Ok